In one of the industries hardest hit by COVID-19 health concerns and restrictions, many restaurateurs and chefs in Washtenaw County have had to concoct creative ways to reinvent their culinary careers. Preparing their meals from pop-up food carts, trucks, and other mobile kitchens has become a popular, inexpensive, and efficient way to continue cooking.

Staying in business was the obvious initial plan, but some found that the pandemic actually presented a perfect opportunity to push themselves to the next level. Their travels over the past year have not only been about survival, but also about personal expansion and nurturing their community beyond COVID-19. We spoke to four local chefs who have succeeded through pop-up operations and asked them to share their recipes for success.

Did Ellie White ever think she would ever run her own business today? 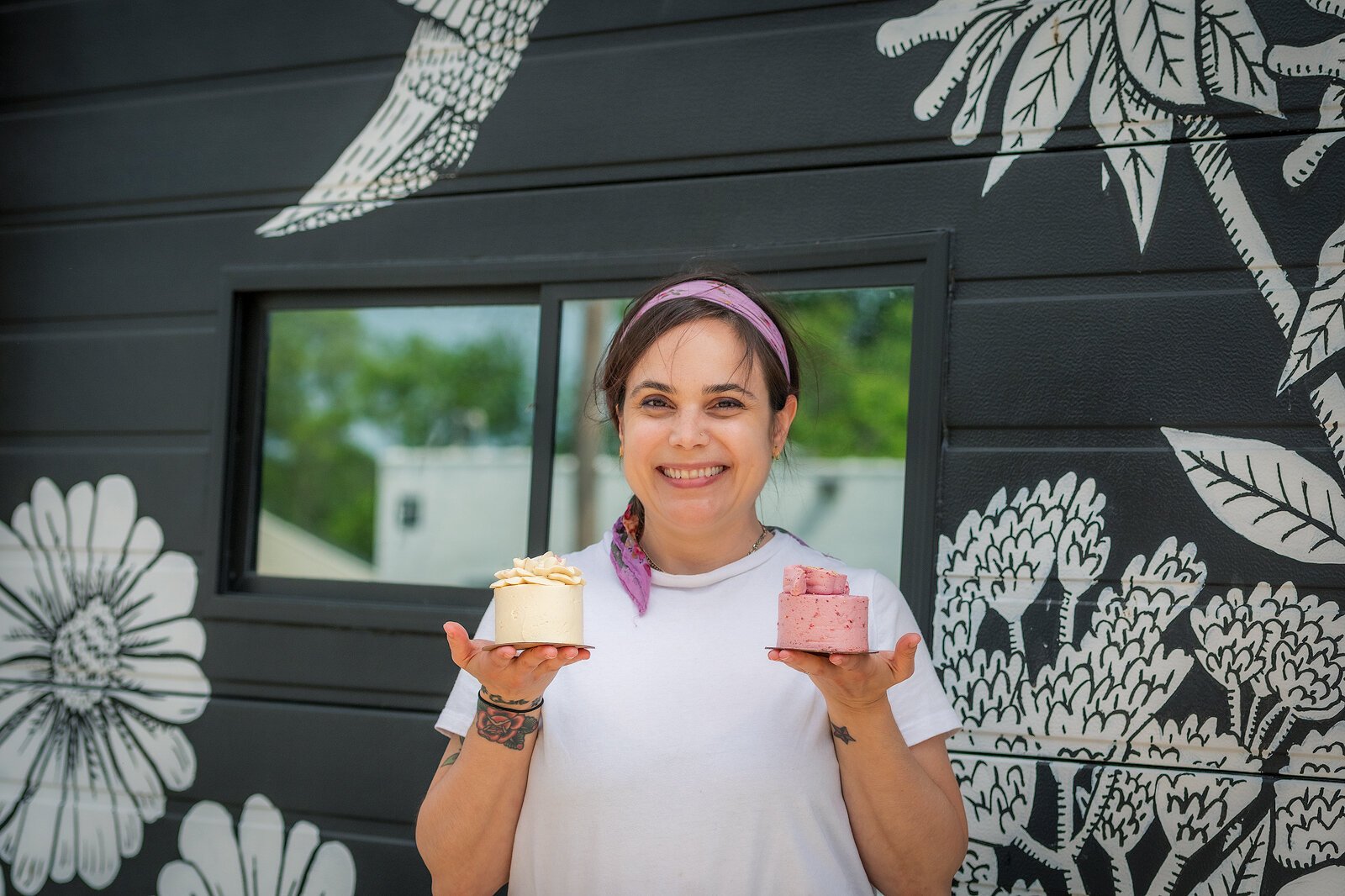 White is a graduate of the Culinary Arts program at Schoolcraft College and has over 20 years of restaurant experience. You can find the Ypsilanti resident popping up to sell her fine cakes and gorgeous pastries at Bløm Meadworks in downtown Ann Arbor. She also rents a space at Milk + Honey In Milan. And on top of that, White delivers its ready-to-order and bespoke products directly to local customers.

White says the pandemic “shook her” and “it was like someone just pulled a bandage off her in one fell swoop.” At the time, White was working at Sweet heather Anne as a pastry chef. She ended up being fired due to COVID-related cutbacks.

Faced with unemployment, she took a leap of faith and launched Ellen’s Fine Goods last October. For about three years before, White had been making and selling holiday cookie tins and had a small customer base that she had first contacted. It didn’t take long for things to heat up and she was inundated with interest.

“I decided I was just going to be brave and go all out. I literally started saying ‘yes’ to every order and opportunity,” she says. “And then Bløm contacted me and the rest is history. I’m busy all the time.”

White also has something simmering in the background: visions of opening a small store someday in the future.

“I can see it for sure, but for now I’m hanging on to this very wild race,” she said.

When The Standard Bistro and Larder in Ann Arbor closed its doors last March, Executive Chef Allie Lyttle and her team knew it was time to make a change – and a change that wouldn’t just benefit themselves. . 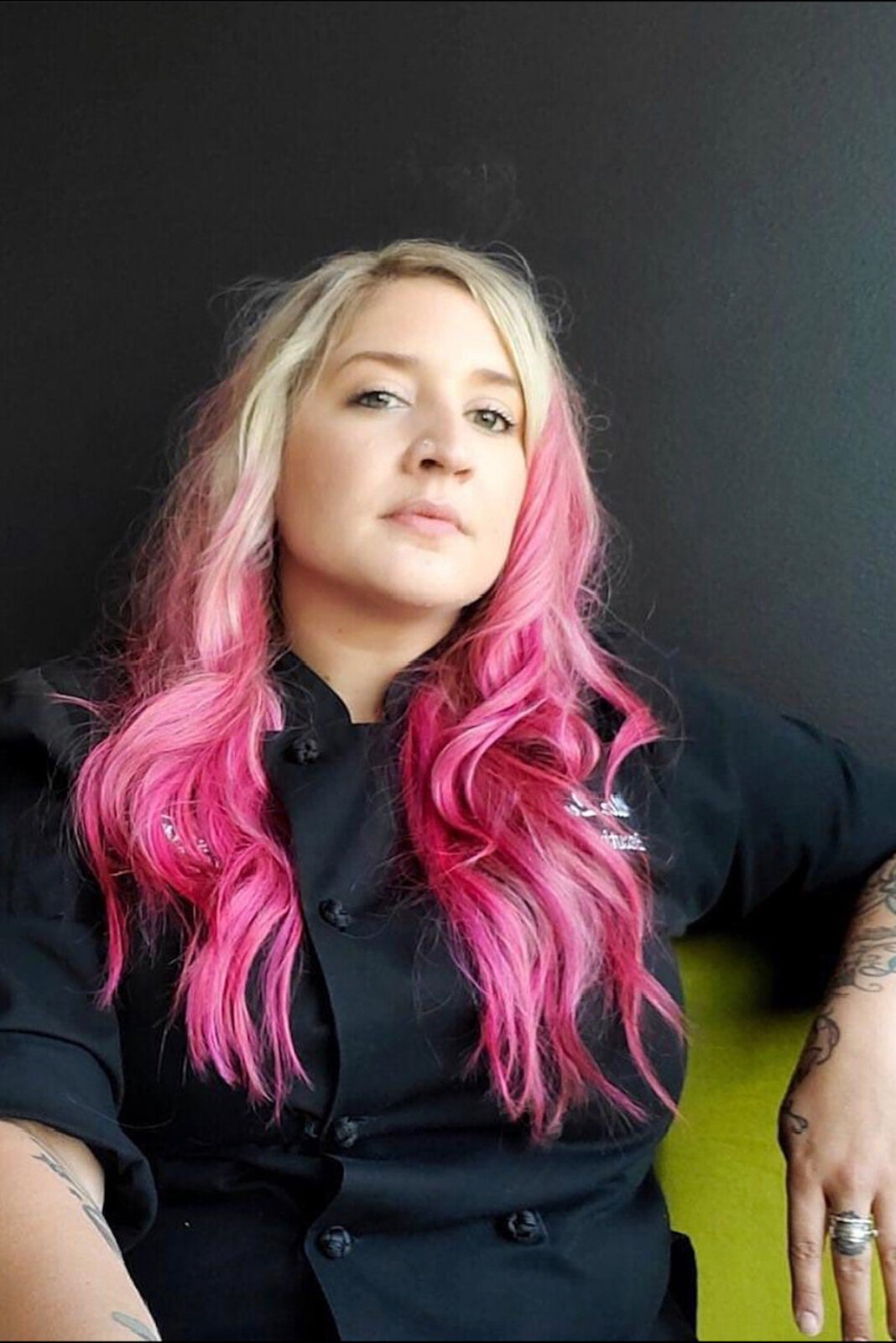 Chef Allie Lyttle of Lala’s.
“We wanted to serve our community better than a gourmet restaurant. We were all passionate about the change we believed in, ”she says. “After many meetings, I pitched the idea for LaLa’s, an elevated comfort food restaurant, and everyone was on board.”

Last July, Lyttle and his team decided to use the Standard’s space and tested the waters by offering LaLa’s pop-up rate for several months. They only opened three days a week and customers were treated to a completely different menu each week. They’ve stuck with a core tenet of their original pop-up plan: working with whatever is in season and gifting the items they love to make.

Positive reception there, and during several events in Miss Kim’s in Ann Arbor, was the green light the LaLa team needed to take the next steps. They’re currently busy making pop-ups whenever they can – waiting to sign a lease on a brand new brick and mortar space of their own. There, people can really sit down and feast on fan favorites like LaLa’s fried chicken sandwich, small barbecues, and rotating gnocchi and pies.

“Restaurants always have a high probability of closure, pandemic or whatever,” Lyttle says. “We all decided it was better to go out there, try to give our community a sense of normalcy and come back to what we love.”

When Jamaica-born Valancio Bailey arrived in Michigan in 2015, he brought with him the love of his native cuisine. And over the past three years, the Ypsilanti resident has shared that passion with countless people across Washtenaw County. 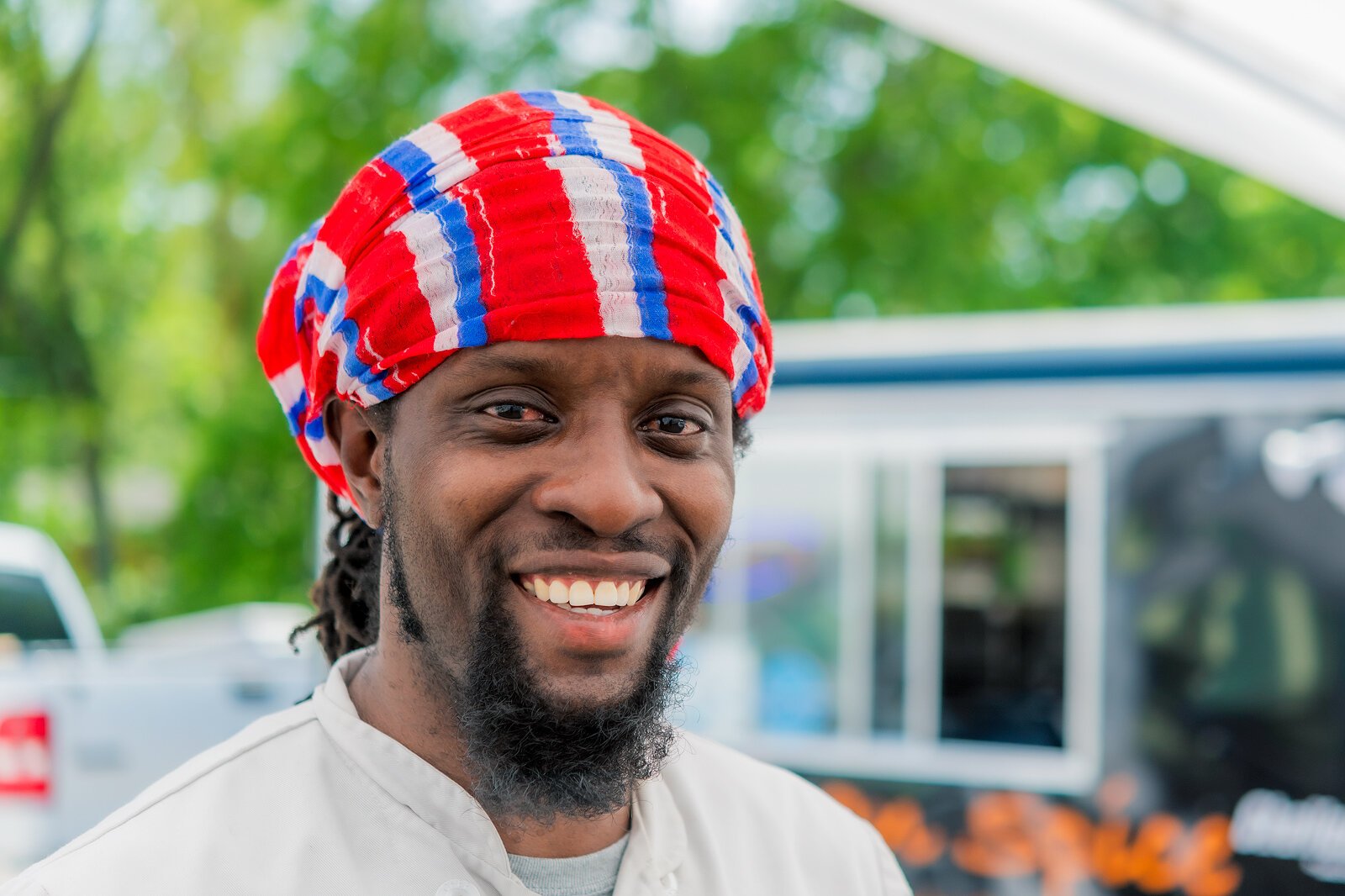 Chef Valancio Bailey of Jamaican Spice.
Bailey started Jamaican Spice with just $ 50, appearing in various places with just a small tent, stove, grill – and fresh, authentic Jamaican food that customers rave about. As the business grew through word of mouth, Bailey was able to purchase a hot dog cart and then a mobile food truck in 2019.

Bailey wasn’t sure if it would be a party or a famine for his business when the world began to shut down last March. Fortunately, the pandemic has brought blessings, not the plague. Since last year, there has been a significant increase in requests for private catering. And whether it was his house-style jerk chicken, his curried vegetable stew or his rice and peas, it all flew out of his truck.

“I’m in more demand than ever. I easily sell 60 to 70 dinners in about three hours when I get somewhere,” he says. “I had to cook a lot more food and I’m invited to more events, bars and neighborhoods.”

Building on the success he had during the pandemic, Bailey can easily see himself opening a small restaurant where everyone can “eat good food, listen to soft music, laugh with their family and enjoy the island vibe. right in Michigan “.

Jamaican Spice has become so popular since COVID-19 that Bailey’s schedule is already pretty busy until October. His formula for keeping his business flourishing during the pandemic when so many others have failed is simple.

” Times are hard. I paid special attention to everyone who approached my truck, ”he says. “I make sure I treat them like gold and I put 100% in every meal I serve. It came back to me.”

Before the pandemic hit, chef Amanda Fisher luckily had her hand in many jars. The feather in the Ann Arbor resident’s culinary cap, however, was her highly successful restaurant business (aptly called Amanda’s Kitchen). Everything was fine until her family fell ill with COVID-19 in March and her catering business came to a screeching halt. 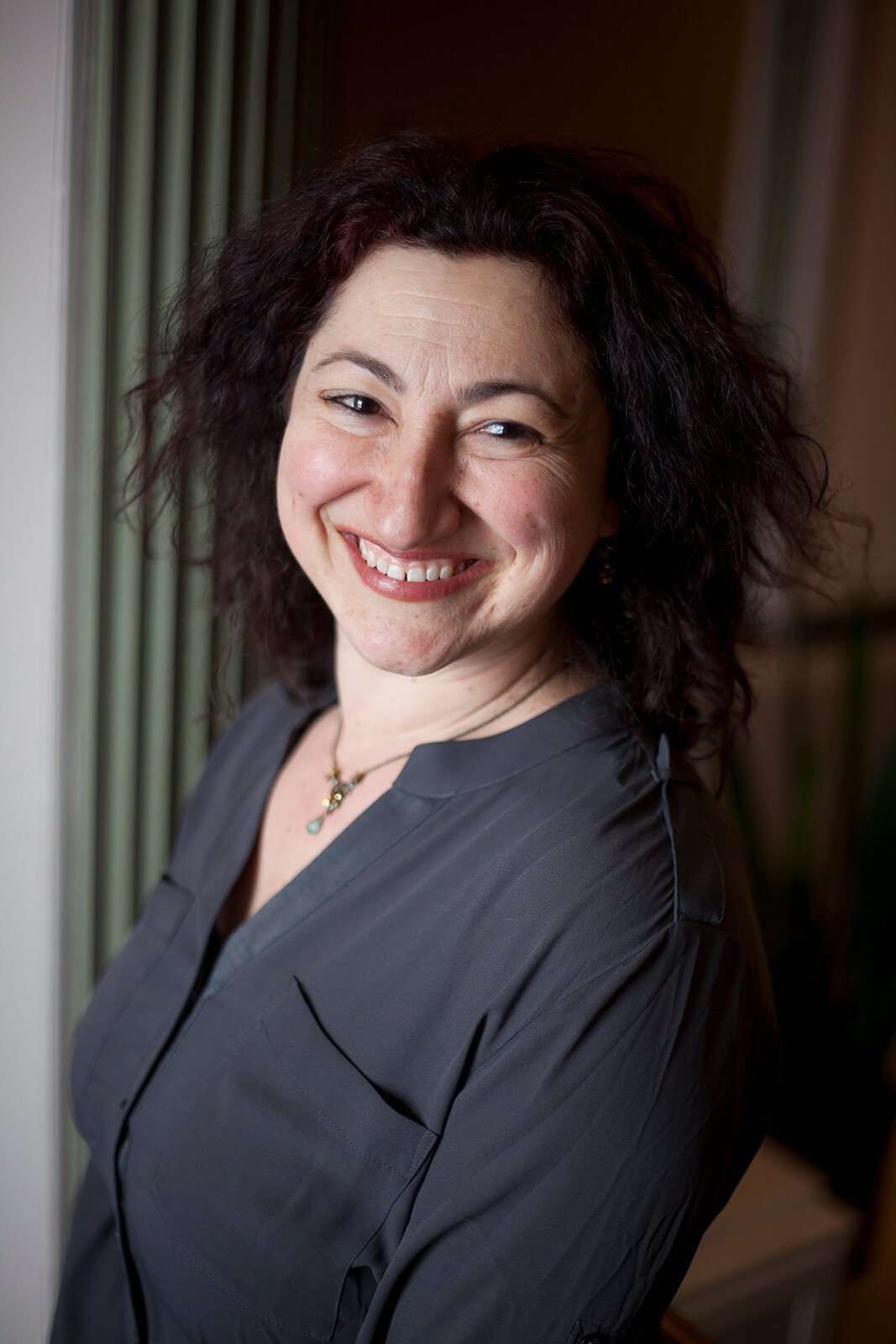 Chief Amanda Fisher of Shuk.
“It was taking a long time, and by the time we recovered it seemed like everyone had already made changes to their business and were reinventing themselves,” she said. “I quickly realized that I had to stay positive and figure out what made me happy.”

Fisher began experimenting with different foods at home with his children and found that Middle Eastern cuisine “spoke most strongly.” She created Shuk (a Hebrew word for market) and has appeared since last October with a regularly rotating menu of regionally inspired dishes.

Cooking holds a tender place in her heart – her mother was born in Egypt. Additionally, Fisher lived in Israel for 10 years, where she worked in several restaurants.

“I refined a part of me, my history, my heritage, my culture and of course some good childhood memories,” she says. “My wish was for people to respond to the way I put new love and inspiration into the food I cook.”

Fisher’s hope paid off. She generally sells fast wherever she goes, her client list keeps growing and the feedback is overwhelmingly positive. She currently has a kitchen set up at Beth Israel Synagogue in Ann Arbor and does contactless pickups.

“Shuk hasn’t slowed down a bit. Everyone loves food, and I have people coming back every month,” she said. “I like what I do, and it seems other people like it too.”

Jaishree Drepaul-Bruder is a freelance writer and editor currently based in Ann Arbor. She can be reached at [email protected].

All pictures from Doug Coombe except for the courtesy photos of LaLa and Shuk.

Blueprint for fun and healthy Bolton £ ...

You can now earn loyalty points on ...